Learning objective: After reading this article, learners will be able to recall safety and efficacy data from a phase I study of a novel treatment for R/R DLBCL.

Despite the success of chimeric antigen receptor (CAR) T-cell therapies in patients with relapsed/refractory (R/R) non-Hodgkin lymphoma (NHL), responses are not robust in all patients and many experience disease progression following treatment; therefore, there is an urgent need for novel therapies in this population.1 CAR T-cell products and small molecule agents are being evaluated in clinical trials aimed at improving upon the clinical efficacy and safety of currently available products.

Results from the following three novel therapeutic trials were presented at the European Hematology Association (EHA) 2022 Congress: a phase I study of YTB323, a next-generation CAR T-cell therapy in patients with R/R diffuse large B-cell lymphoma (DLBCL)1; a phase I/II study of anbalcabtagene autoleucel (anbal-cel), a novel anti-CD19 CAR T-cell therapy with dual silencing of PD-1 and TIGIT in R/R large B-cell lymphoma (LBCL)2; and a phase I study evaluating the clinical activity of CC-99282, an E3 ligase modulator (CELMOD) agent, in patients with R/R NHL.3 Below, we highlight the key findings from each study.

Phase I study of YTB323, a next-generation CAR T-cell therapy, in patients with R/R DLBCL

YTB323 is manufactured through an innovative process involving cell expansion, primarily within the body of the patient. This method reduces the CAR T-cell manufacturing time and preserves both the naïve and stem cell memory T cells to reduce T-cell exhaustion, increasing functionality and persistence. It is anticipated that this will lead to increased efficacy and more durable responses in patients.

Patients aged ≥18 years with measurable disease at study entry, Eastern Cooperative Oncology Group Performance Status of 0–1, and R/R DLBCL ≥2 prior lines of therapy or hematopoietic stem cell transplantation were included in this study. Figure 1 shows the treatment regimen for patients infused with YTB323. Baseline characteristics for patients infused with YTB323 (N = 45) are summarized in Table 1.

Almost all patients experienced at least one AE of any grade. At dose level (DL) 2, the selected dose, DLTs occurred in two patients (7%), one with Grade 4 cytokine-release syndrome (CRS) and the other with Grade 4 cytopenia (Table 2). There were no further DLTs, despite six patients receiving higher doses, and no deaths were reported.

The overall incidence of CRS was low, with 36% (10/28) of patients experiencing Grade 1/2 events and one patient experiencing a Grade 3/4 event. For the management of CRS, tocilizumab was given to seven patients, corticosteroids to three patients, and vasopressor to one patient at DL2. CRS had a delayed onset of 10 days and lasted for a median of 4 days at the selected dose. At DL2, immune cell-associated neurologic syndrome occurred in three patients (10.7%) at 10, 16, and 28 days; two patients had Grade 3/4 and one patient had Grade 1/2. For the management of immune cell-associated neurologic syndrome, two patients received dexamethasone and anakinra and one patient received methylprednisolone.

Figure 2. Response rates in patients with R/R DLBCL who were treated with YTB323* One potential reason for the failure of CAR T-cell therapy is the reduction of CAR+ T-cells due to the high expression of immune checkpoint proteins, such as TIGIT and PD-1. Anbal-cel is designed to downregulate the expression of both PD-1 and TIGIT in order to sustain the efficacy and durability of CAR T-cells.

The treatment regimen can be seen in Figure 3. The baseline characteristics for the 11 patients treated in this study are highlighted in Table 3.

Of the 11 evaluable patients, five (46%) experienced CRS; two patients with Grade 1, one patient with Grade 2, and two patients with Grade 3. Most of the treatment-emergent adverse events were observed at the higher dose, DL3. The most common adverse events across all doses were CRS (46%), anemia (18%), neutropenia (18%), fever (18%), and thrombocytopenia (18%; Table 4). The onset of CRS was delayed, occurring at 7 days, and had a median duration of 5 days. Only one patient experienced a Grade 2 neurological event at DL3, this patient also had CRS and was therefore treated with both tocilizumab and steroids.

All patients who responded to treatment achieved a CR across all dose levels, with an overall ORR and CR of 82%. Both ORR and CR were 75%, 67%, and 100% at DL1, DL2, and DL3, respectively. For CR patients at DL1 and DL2, these responses were durable. CC-99282, a small cereblon E3 ligase modulator agent, targets the degradation of two transcription factors, Ikaros and Aiolos, which are important for B-cell development and differentiation. CC-99282 has shown antiproliferative and apoptotic activity in large B-cell lymphoma (LBCL) cell lines and this first-in-human study explores its safety and efficacy in a clinical setting.

This is a multicenter, open-label study consisting of two parts: a dose escalation of CC-99282 monotherapy and a dose expansion with and without combination partners. This report focuses on the dose escalation results. Eligible patients were those with R/R DLBCL or follicular lymphoma who progressed after two or more lines of therapy, and patients with R/R DLBCL who received one or more line of therapy and were also unfit for chemotherapy or transplant. Patients received CC‑99282 at an oral dose of 0.2, 0.4, 0.6, or 0.8 mg once daily in three intermittent dosing schedules of 28-day cycles: a 5/7 days schedule (5 days on/2 days off), a 7/14 days schedule (7 days on/7 days off), and a 14/28 days schedule (14 days on/14 days off).

The baseline characteristics for patients are summarized in Table 5.

A total of 32 patients reported a Grade 3/4 treatment-related adverse event. The most common were neutropenia (58%), thrombocytopenia (8%), and anemia (8%; Figure 5). No patients discontinued treatment because of neutropenia. The high incidence of severe neutropenia was found to be strongly related with the number of prior lines of alkylating agent and not related to CC-99282. Neutropenia was managed with dose modifications of CC-99282 and granulocyte colony stimulating factors. All DLTs were hematologic, mostly caused by neutropenia, and MTDs of interest were 0.6 mg and 0.4 mg during the 7/14-day schedule and the 14/28-day schedule, respectively. Eight patients (16%) reported serious adverse events related to CC-99282, including 4 patients (8%) with febrile neutropenia.

ORR was 42% at the dose of interest (0.4 mg), CR and partial response was achieved in 17% and 25%, respectively. Durable responses were observed at the dose of interest and above in patients with initial partial response converting to a CR. Median DOR was 239 days and median follow-up was 247 days at the 7/14 days schedule. For the 14/28 days schedule, the median DOR and median follow-up were 112 days and 121 days, respectively.

In terms of pharmacokinetics, there was dose-dependent activity of CC-99282, with an increase in plasma CC-99282 and degradation of transcription factors Ikaros/Aiolos in peripheral T cells, as the dosage increased. A shift of peripheral CD8+ cells to an activated phenotype, and a shift of CD8+ naïve cells to a memory T-cell phenotype was observed within 2 weeks of initiating CC-99282, which supports the immune-stimulation of the study drug. A reduction in ctDNA after treatment with CC-99282 was also observed, which could suggest strong tumor cell-intrinsic activity. 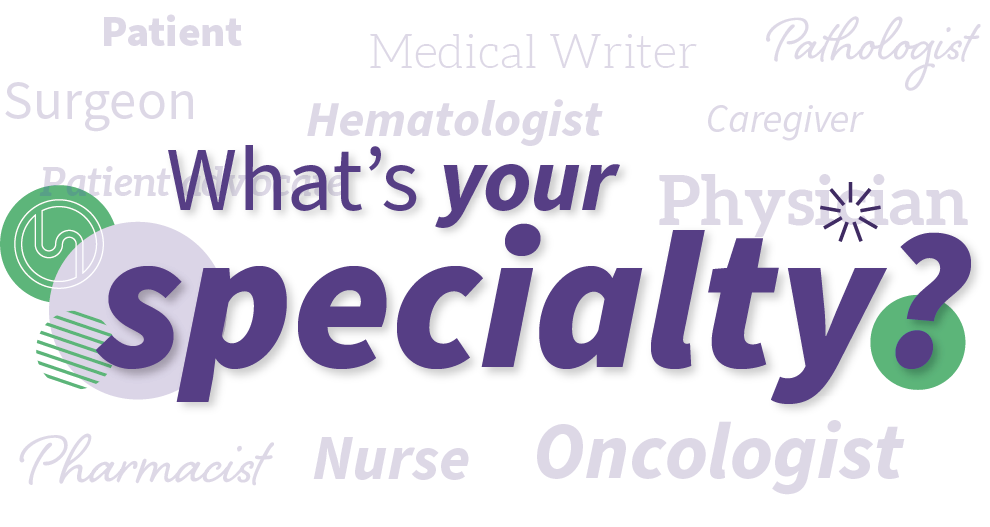 Is peripheral neuropathy in patients with DLBCL more severe after pola-R-CHP vs R-CHOP treatment?

During the EHA 2022 Congress, the Lymphoma Hub spoke with Marek Trněný, Charles University, Prague, CZ. We asked, Is peripheral neuropathy in patients...

Is peripheral neuropathy in patients with DLBCL more severe after pola-R-CHP vs R-CHOP treatment?